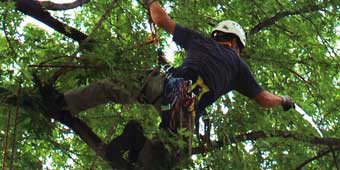 Reasons to Trim or Prune a Tree

Trees are generally trimmed for one of three purposes: aesthetics, safety or health.

Aesthetics – Pruning a tree effectively helps to maintain its shape and appearance. However, you shouldn’t try to impose an unnatural shape or size on a tree. The amount of trimming and pruning that will be needed could seriously damage it.

Safety – Dead or broken branches and limbs can fall off at any time, which is a serious safety hazard or potentially deadly. Deadwood should be removed as soon as possible. Low hanging branches or limbs that obstruct your vision while driving or provide unwanted hiding places should also be trimmed away. Finally, tree limbs and branches occasionally grow too close to houses or utility lines and should be trimmed before they cause damage.

Health – It is sometimes possible to save an infected tree by strategically pruning away affected branches and limbs. Thinning out keeps a tree looking natural after limbs have been trimmed. Thinning out is healthier for your tree, allowing for a faster recovery as appose to topping your tree. This is a good way to lighten up large trees by allowing air to flow through easier. If branches are crossing or rubbing together, they should be trimmed so that they don’t fall unexpectedly. 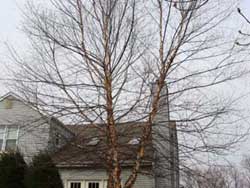 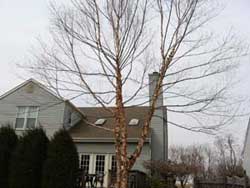 About Our Company
American Tree Service in locally owned and operated and has serviced historic, commercial, and other interesting properties as well as thousands of local Baltimore home owners.

Our Services
We take pride in producing a great and timely outcome on all jobs whether the Bradford Pear in your front yard needs a little trimming or you have extensive commercial needs.

Get Started Today
Getting started is easy and all tree service estimate are free. Click here to contact us today for all jobs large and small. Let American Tree Service help you with all your tree care needs.
Home Services Areas We Serve Contact Us